Time For A Breather

I have been busy with the oak trimming for the past week and will blog this when I've finished or at least very nearly finished which should be in a few days.

I have to confess I had a carpenter in today to do some tricky stuff which I simply don't have the tools for.  Remember I don't do wood.  Having said that he actually said I'd done a pretty good job.

While he was busying himself with all thing wood inside I set too with another of those jobs I've been putting off.  Cutting the holes for the engine breathing.

The first thing to do was a dry run to see how it would look before committing to drilling. 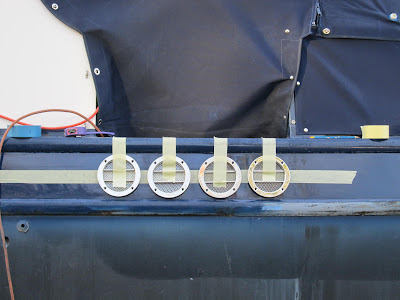 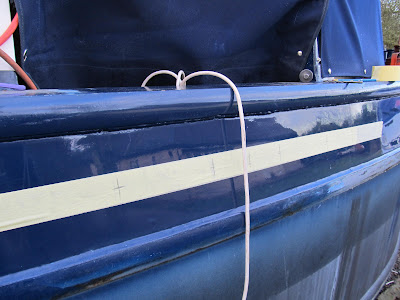 The plan was to drill right through with the 125mm hole saw.  I soon realised this was going to be a problem on breakthrough as I wouldn't be able to hold the massive slow speed drill I hired, so I modified the idea and went with drilling just over halfway through then using trusty plasma cutter to finish. 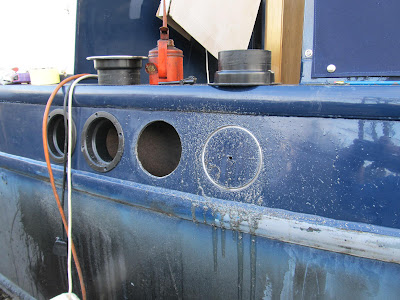 Half cut and ready for plasma

The holes receive the air intake spigots to which a 90° bend is attached to stop any water draining into the boat. 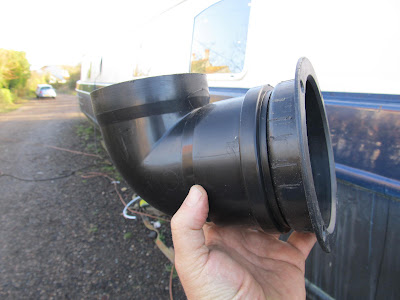 But seemingly like all things there was a snag.  There's not enough room behind to accept them so another method to stop water entering needed to be devised. 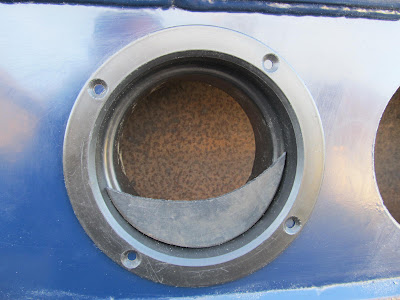 As the part of the boat they are fixed to lays back a bit a barrier needs to be nigh enough to allow forward draining, so I made these smiley wedges which I will silicone in then make a silicone ramp at the lowest point to make it drain.  Photo to follow when done. 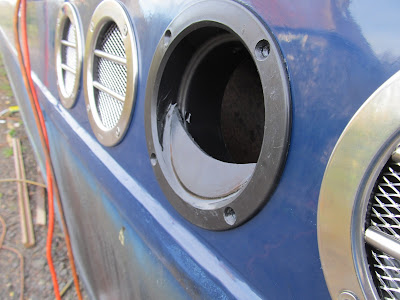