This is what I'm up to at the moment.  Seats and storage boxes for the rear deck. 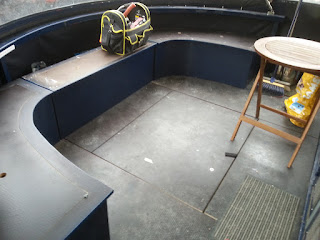 Last Tuesday I set about installing a new central heating and hot water boiler.  Although the Mikuni MX60 originally fitted has done sterling service for 2 winters, it did run hard and long which is actually good for this type of heater.

I decided the replacement would be a Hurricane SCH25 as it has more function and control.

I gave my self a couple of days to do this.  First job of course was to remove the Mikuni which took about 2 hours. 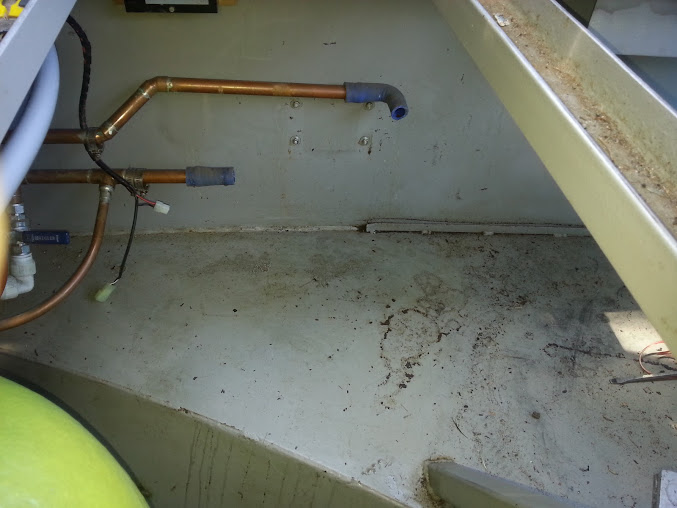 With that safely removed and packed away the next job was to drain the engine calorifier coil as I would also be installing a flat plate exchanger to recover engine heat into the radiators which the SCH25 control system is able to do. 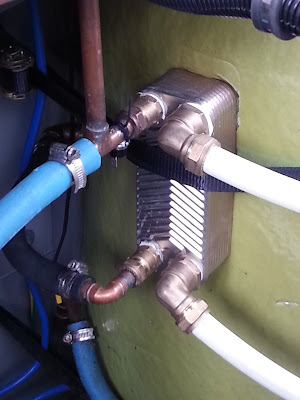 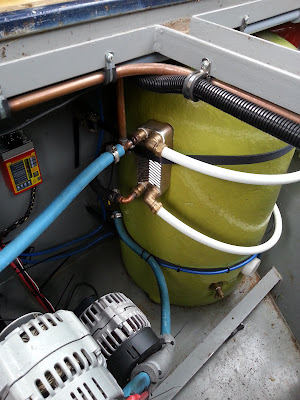 This is placed in series with the calorifier coil. The left hand (blue) pipes are from the engine the right hand (white) go the the central heating system and the SCH25 calorifier coil. 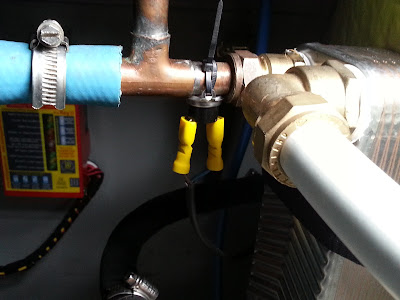 Once the engine water has reached 70c this aquastat switches on the circulation pump and feeds the harvested heat into the CH system but without firing the SCH25.

This of course can be used in reverse to preheat the engine from the Hurricane but this would need another pump.  There is a small amount of thermo siphon already so I might consider putting in a 1 way valve to stop this as heating the engine without the option is wasteful.

Once the system was up and running I was getting (from the engine alone) 56c of water through the CH system.  Basically free heat when cruising or charging. 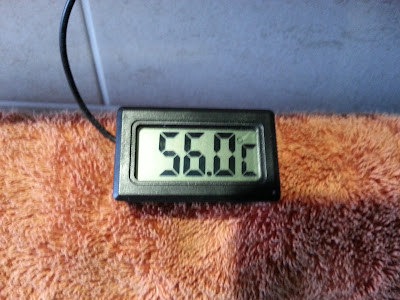 Reading taken from the towel rail

After 3, yes 3 days! I had all the plumbing done, and the heater installed and the wiring put through. 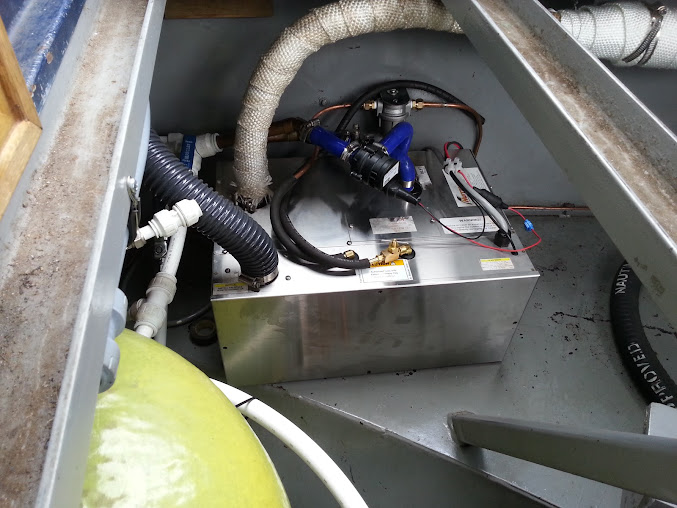 I had to cut a larger hole for the exhaust.  The old one was 1 1/2" and the new one is 2".  I didn't want to put yet another hole in the boat so how to do it?  My plan was to clamp wood either side of the hole and run a new pilot. But no there's a much better way shown to me by Garth at Ely Boat Yard.  This has to be tip of the year so far. So obvious really! 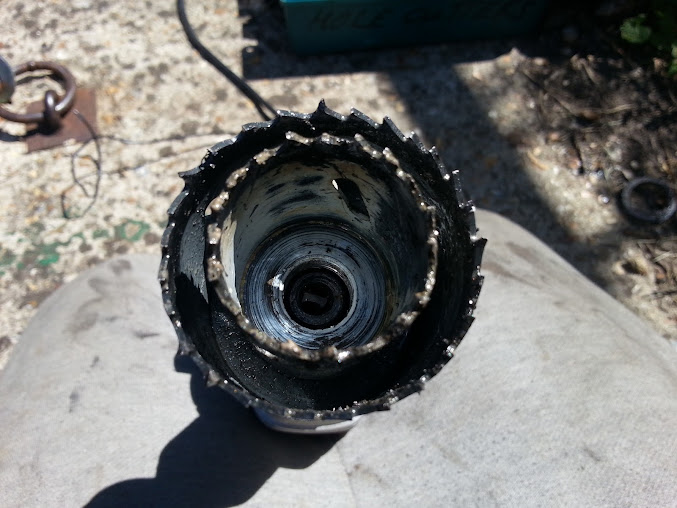 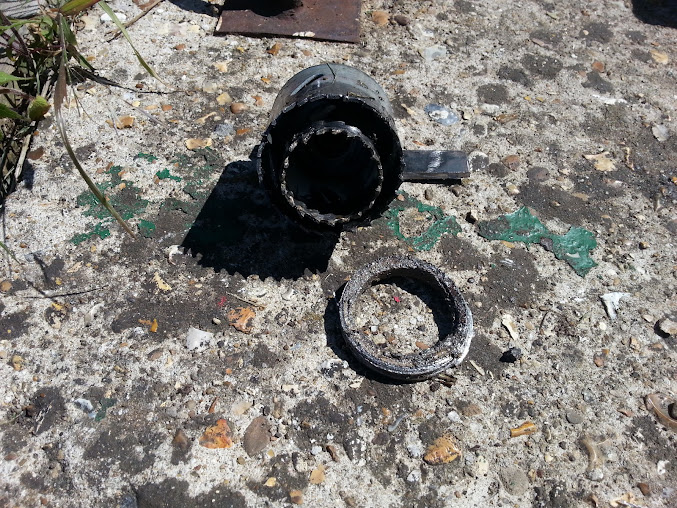 How neat is that? 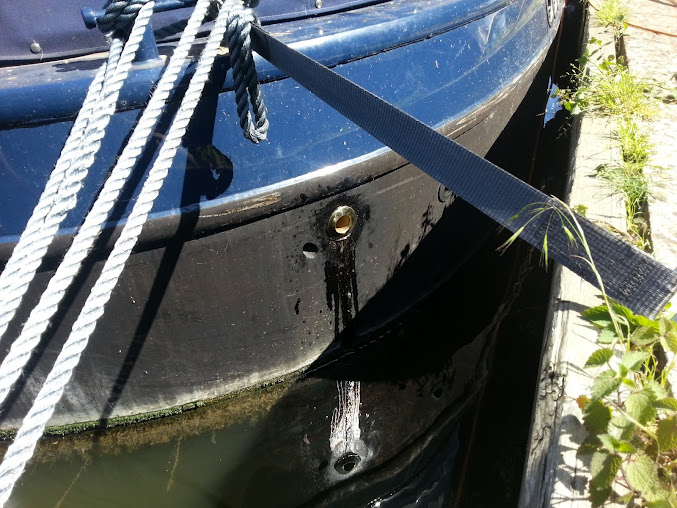 As always putting in wiring neatly all takes time.  The previous room stat had only 1 pair of wires the new one needs 3 pairs + I heft a spare for an extra frost stat but probably won't be needed.  This involved taking down one of the kitchen cupboards, the one with the most stuff in it of course! 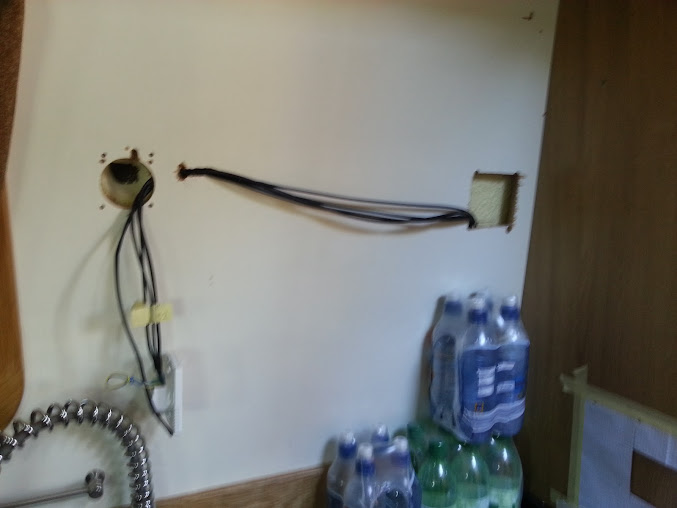 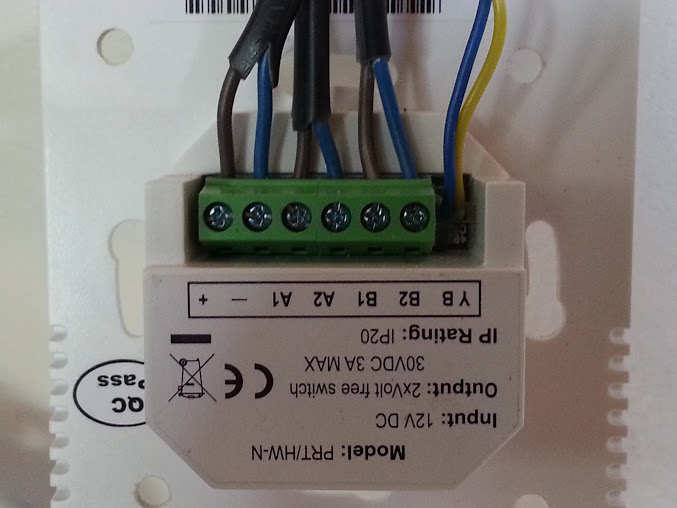 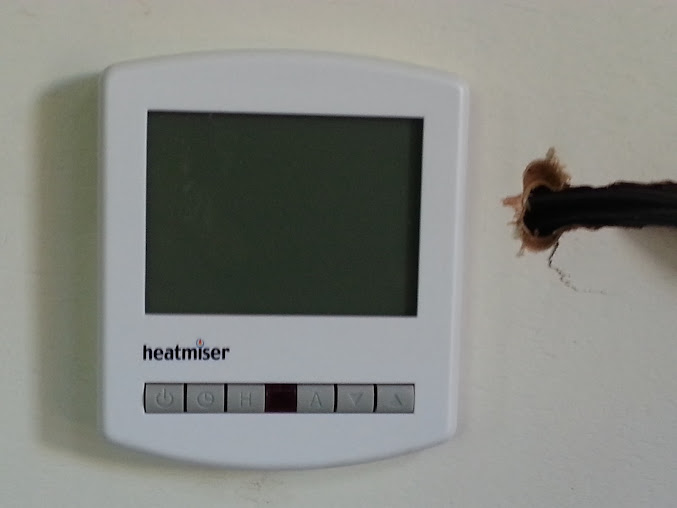 Followed by the wiring back to the control box. 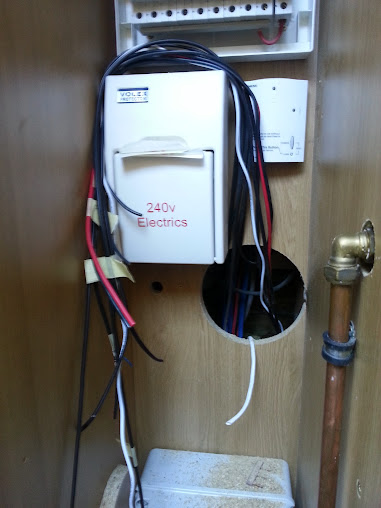 There are 3 extra wires here too, one for the GSM remote for the controlling the heater by TXT, one for the extra but probably not needed frost stat, and another for a room stat in the bedroom if it proves necessary.

Then finally all connected. 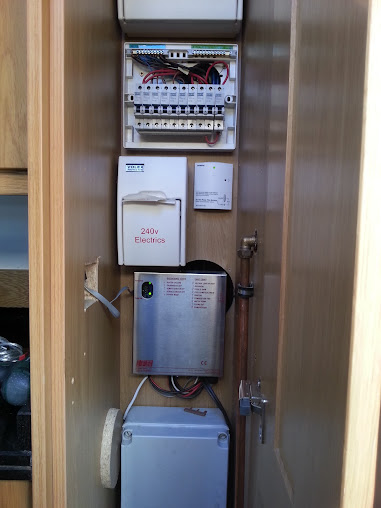 And with permission from the manufacturer in Canada the GSM remote wires soldered on to supplement the  switch on the system remote panel.  Special permission to not void the warranty 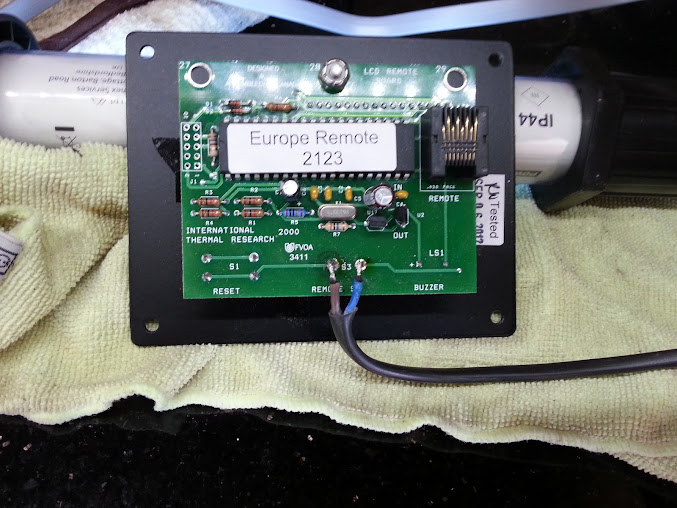 .
And here with the panel switch off but the GSM switch on, system working. 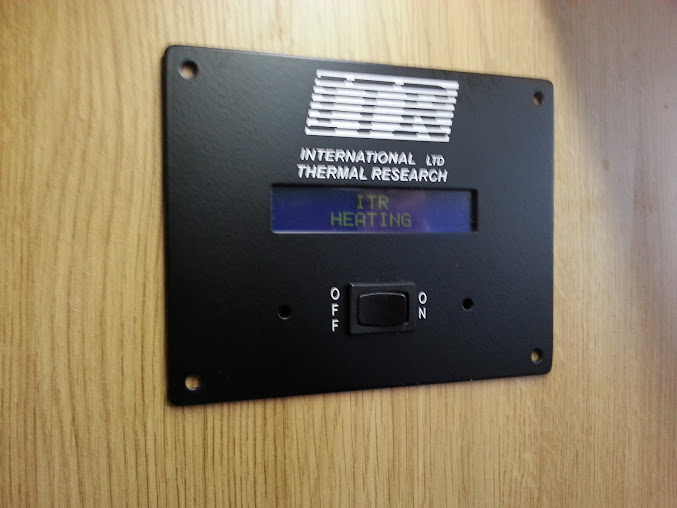 So that was that.  It was a bigger job than I expected and if was presented with a bill for the time it took me I would be questioning very seriously.  I would think it probably took me 30+ hours.

All I need to do now is learn how to program the room stat/timer controller.  It's too cleaver for it's own good so they provide tutorial videos on the Heatmiser website.

To come:-  The new prop has arrived. 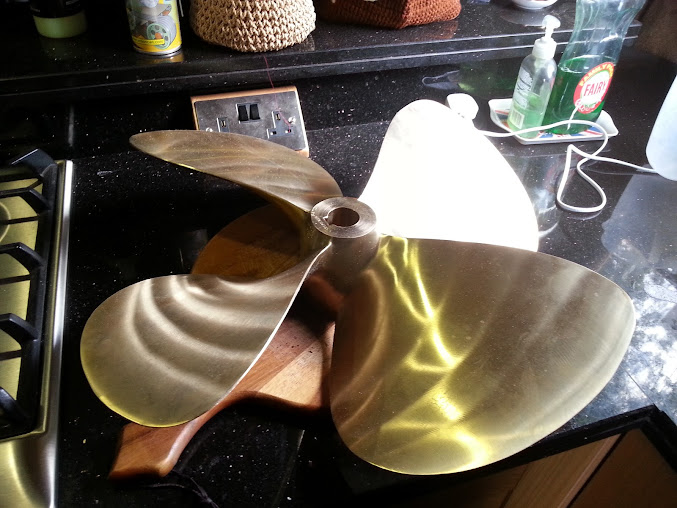 And some new seating and storage for the stern deck. 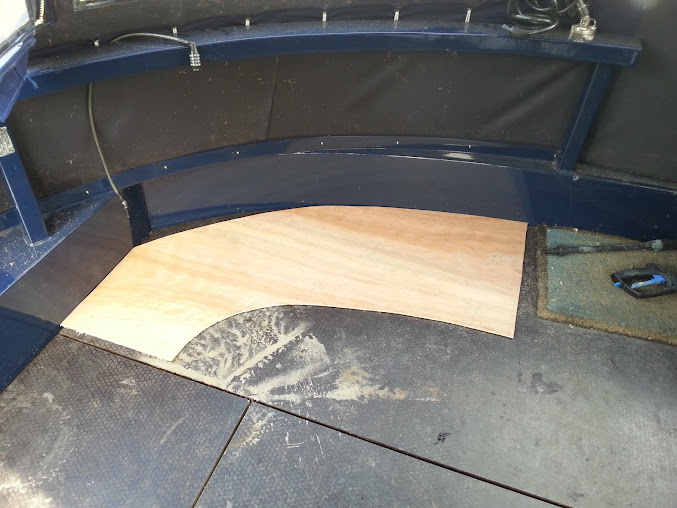 This is the template to build to